We left our hero in the campground laundry room with a roll of hot jeans under his good arm. The jeans are cold now. Todd had just met the elderly lady who lives in the camper in front of where the dead man was found. The two of them have stood motionless in the laundry room, breathless and frozen in time, waiting for the start of the next episode.

Todd is so cute, frozen in space and time like this. On his face is an expression of bewilderment, not unlike most days. The old lady’s pointy finger still points, inches from his face, her last words still echoing in his ears, neatly covered by what has recently been called a beanie.

“And we all know who you are…”

“You’re the guy who always parks his truck across the road from his camper. We know all about you.”

While not physically in his way, Richter had become aware of the camera’s presence. He said something changes when you know you’re being watched. You walk and stand differently. Even when trying to ignore being watched, trying to ignore is now in your head. (What a profound Mapping the Edge topic on the creative process. Unfortunately, we’re in the middle of this slightly less profound one…)

I needed to tactfully steer her onto the topic of the dead man. “So, about that dead man” I said.

Smooth, just like the remaining portion of a stick of butter can lose its cube-shaped elegance when left out on an exceptionally warm Spring day inside a camper. Butter geometry is no match for the power of excited electrons. 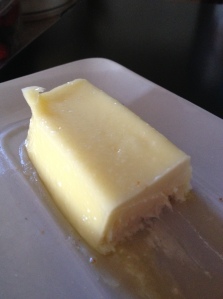 The old lady said she has lived here since June, but nothing exciting happened until last month, when it happened. Suddenly, chasing after stolen plants seemed trivial, even wrong compared to the death of a real person 50 feet from me. I mean no disrespect, but this post is what happens with those of us who remain trapped on the same journey.

“Do they know who killed him?”

“Who said it was murder? I just said he was found dead.”

“Crap,” I said, stalling for a better response which never came. I put my roll of jeans down and listened as she spoke in spurts. She transferred clothes from several washers to several dryers like someone who had lived here since June.

“He rarely came outside his camper or his head. When he did, he was friendly. Then one day he went inside and never came back out. The ambulance showed up with no siren. Just flashing lights. Never a good sign when you see an ambulance but don’t hear it.”

“That must have been disturbing,” I said.

“That night, aliens in HAZMAT suits show up and cleaned until the next morning. A few days later, his dad showed up and drove his truck away. Nice truck. Brand new. Nice truck.”

It’s interesting how one word can affect your belief in the entire story. Did the HAZMAT team resemble aliens, or was she being literal? Or is she crazy? Were the flashing lights from an ambulance or from something traveling a much longer distance? It seems as if trailer parks and campers are magnets for UFOs and tornadoes, as if a magnet could attract a tornado.

She actually said “aliens,” I thought, hopefully not out loud. Have you ever thought you thought something, which involuntarily manifested itself as spoken words? In my Engineering Physics lab this week, my students were busy silently verifying and validating, when one of my male students inadvertently sang out in a perfect high-pitched female voice, “Here’s my number, so call me may–!” He caught himself in mid “maybe”, but it was too late. Eternal damage done. He hasn’t spoken out loud since, and probably never will again.

“The HAZMAT team showed up at night? That’s weird.”

“Not really,” she said. “Something like that’s bad for campground business.”

“If his dad drove his truck away–“

“If his dad drove his nice truck away, the man who died must have been young. That’s an untimely death”.

“Untimely! You think his death was untimely because he was not old like me? Death is untimely at any age! I may be old, but I assure you, whenever death comes knocking on my camper door, his visit will be considered untimely by me!”

“My point is, most of the smell is gone and the camper’s for sale. People come here to smell wieners on the grill, not that.”

“It’s for sale! The camper’s for sale! You made a mistake going to an RV dealer. You could have saved money and moved right in.” Her point was not to tell me about a mysterious death, but about a good deal on a used camper.

“I guess we weren’t thinking,” I said. “Listen, I agree that his death was not untimely, but it’s still sad. He died in a camper. Alone.” That was my point.

We spent the next few minutes in awkward silence. She folded her clothes and stuffed them in a huge plastic bag. I nervously unrolled and re-rolled my jeans several times, as if trying to get the perfect amount of torque before stuffing them under my good arm again. When she spoke again, she did so with her back to me. The laundry machines were silent.

“We knew him as well as he wanted to be known. He liked living here. He liked his life. He died at home.”

She was right. I was not for me to judge his life, happiness, or successes. She dragged her bag of clothes to her truck and waved off my offer to help. I thought she had left without saying another word to me, but she swung open the door and popped her head inside.

I walked by Judy’s space on the way home. There, just like she said, was an empty camper with a for sale sign taped to the door. All shades were drawn. Out of respect for the man who lived his life inside, I refuse to post the photographs I made.

There was a phone number listed on the for sale sign, but no name. I feel an urge to call the number and tell the voice on the other end that I’m sorry for their loss, and that he did not die alone or without family.

Fantasy horror author, H. P. Lovecraft, said at the introduction of one of his famous stories, “We live on a placid island of ignorance in the midst of black seas of infinity, and it was not meant that we should voyage far.”

I’m not so sure about that.

Now, Judy, about those aliens …

2 thoughts on “Episode #3 – Who Cares About Silly Stolen Plants! I’ve got a Murder to Solve!”